Facts of Life ~ The Deadly Daffodil

The bulbs of the Daffodil contain a paralyzing poison. Roman soldiers reputedly carried them into battle and if they were badly injured, they would consume them so that they might die painlessly.
Posted by Rambling River at 6:40 AM No comments:

Memorial Day, originally called Decoration Day, is a day of remembrance for those who have died in our nation's service.
Posted by Rambling River at 2:20 PM No comments:

from ~ The Walrus and the Carpenter

Through The Looking - Glass
Lewis Carroll
Posted by Rambling River at 8:35 PM No comments: 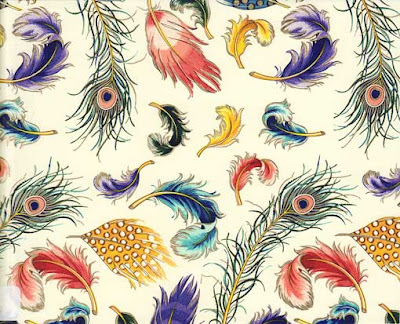 A Selection of Seventeen Beautiful Italian Papers will soon be available in the Webstore.
Incorporate these papers into your everyday life.
Enrich your Crafting Projects, Scrapbooks or Wrap that Special Gift.
See Webstore link at the bottom of this page.
Posted by Rambling River at 12:02 PM No comments: 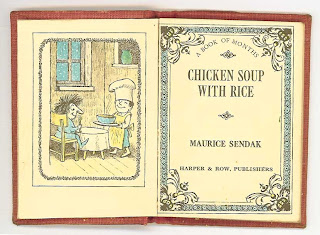 Bug Pin
Czechoslovakia
Circa 1930's
Posted by Rambling River at 7:39 AM No comments:

Preheat oven to 350 degrees
Butter a 3 cup baking dish (shallow)
Beat cream cheese until smooth
Stir in 1 cup of the cheese and the next 6 ingredients
Spread in dish and sprinkle cilantro on top and then the remaining cheese.
Bake 20-25 minutes or until hot and bubbly.
Serve with crackers, chips or veggies
Posted by Rambling River at 6:25 PM No comments:

The Family Jewels ~ My Father and I 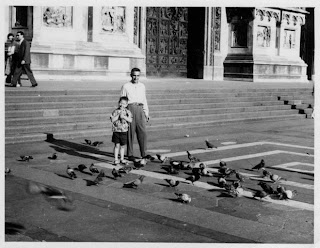 Milan Italy
Posted by Rambling River at 10:55 PM No comments:

The Queen and the Seven Year Fart 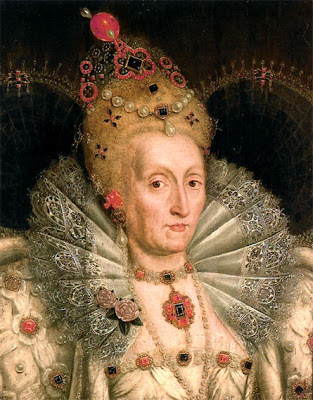 Queen Elizabeth the First was known for her sometimes extremely bad temper. But then, after a time, she would suddenly forgive and welcome people back to her good graces as though there had been no quarrel. Teasing slyly for what she might well pretend was a fit of sulks on their part.

She made just such remarks when a courtier, making a very low bow to her, happened to let a Fart. He was so embarrassed he stayed away from court and traveled for seven years. After his return the Queen welcomed him home and said.
"Do not worry My Lord, I have forgot the Fart"

Addison-Wesley Publishing
Posted by Rambling River at 7:25 PM No comments:

It was during the brutal Heat Wave of 1993 in New York City. I was delivering an Illustration job to Gourmet Magazine.
Deciding to deliver the job in person, I would take the subway for the quickest mode of transportation, and to avoid the lengthy wait on a messenger service.
After making the correct subway connections, in the extreme heat, in an "Up-Late" daze and in my New Hawaiian Shirt, I exited the train at what I thought was the correct stop.
Wrong ...
I had gotten off the train at the wrong stop and headed toward the swinging doors to go up to the street.
Realizing I had made an error, before exiting the doors I turned around to go back on the train.

At once I was grabbed by two plain cloths police officers, one on both arm.
"Oh! ... You are making a mistake !" I exclaimed
No dice ... I was going to the pokey.
Most subway stations have small maintenance rooms and narrow halls which are used by the crews to maintain the stations electronic systems, lights etc...
It was in one of these narrow halls I was taken for questioning and processing, in the heat, in bewilderment and in my New Hawaiian Shirt.

This was a "Drug Sweep"
After all ... I had the dark hair, a dark, tanned complexion and wore one of those "Hawaiian Shirts"
" This guy is a pimp or a drug dealer (Fur Sure) " I could hear them thinking.
Seems most of the police here have brains the size of peas !
Keep in mind that all this is happening because I allegedly tried to beat the dollar plus subway fare.

My (quickly becoming over-due) artwork was thrown in the corner of the dank, boiling passageway as I was questioned and processed.
A fare-beating artist ...Imagine that !
I was relieved of my money, subway tokens, identification, shoe strings, belt and dignity.
"This guy looks like a "Hanger"
I was handcuffed to a string of about nine "Subway Loons"( real fare beaters, homeless, drunks and unsavory dudes), in the boiling hot passage, in disgust and in my New Hawaiian Shirt.

There was a young Swedish guy on the cuff-chain directly in from of me.
He refused to answer any of the officers questions ...BIG MISTAKE !!!
After several rounds of not answering questions put to him, Swedish guy was stunned by the severe SLAP laid across his face delivered by the hulk-like police questioner.
This was of course followed by pulling out his revolver, cocking it and holding the loaded gun to the guy's head !
The chained "loon-gang" went into a wild panic ...me included, and I was next in line right behind the guy.
Well, as you might imagine ...the guy quickly answered all the questions !
Thank Goodness !!! , if I wasn't wet with sweat before I certainly was now.
There I stood, soaking wet and devastated in my nice New Hawaiian Shirt.

We were all taken away in chains, shuffling in our floppy shoes and with our pants loose.
Through the crowded subway station, everyone gawking, up to the street to the awaiting police cars.
After some pleading to open the car window slightly, we got some small relief from the incoming air.

Well ... I was indeed put in a real jail cell for the first time ever.
This gets even "better"
One of the male prisoners took an instant "Liking to me"
A smelly, sweaty black dude who was near to being a three hundred and fifty pounder.
"Are you gay man ?"
I knew what he was up for... and I was going to be "The Bitch"
Oh Yeah ! ...just what I needed !!! ...NOT !!!
Must of been the nice New Hawaiian Shirt.

At that point I was the only one taken out of the cell to be photographed.
Perhaps they thought this guy might be well known enough to sell the photos ?
After showing the photo police gal how to operate the camera, I tried to explain how I was not really very photogenic and the pictures would most likely not turn out well.
I was correct ...the pictures were a hoot!
I looked like Red Skelton on a bad day.

At this point the police called Gourmet Magazine and explained that I had been snared in a "Drug Sweep" ...Great !!!
After a computer check and verification of who I was, I was released, with artwork.
Arriving in an unbelievable state of disarray at Gourmet Magazine the art director was very sympathetic.

I still had to make a court appearance ...nasty place.
After explaining to the judge what had happened the case was dismissed.
Even though I had a good case against the city I decided not to pursue it because it was all just to horrible.

A few years later, during a jury duty episode I was asked if I could be fair about the police.
I said "Yes, of Course" and then got to tell the entire story to a full jury room
I was dismissed from jury duty.
Sweet !

Can You find the Critters ? 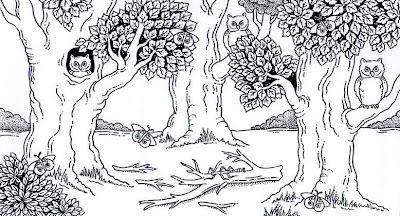 Dear Mr. President,
Come take a walk with me.
Let's pretend we're just two people and
You're not better than me.
I'd like to ask you some questions if we can speak honestly.

How do you sleep while the rest of us cry?
How do you dream when a mother has no chance to say goodbye?
How do you walk with your head held high?
Can you even look me in the eye
And tell me why?

How do you sleep while the rest of us cry?
How do you dream when a mother has no chance to say goodbye?
How do you walk with your head held high?
Can you even look me in the eye?

How do you sleep at night?
How do you walk with your head held high?
Dear Mr. President,
You'd never take a walk with me.
Would you?
Posted by Rambling River at 6:14 AM 1 comment: 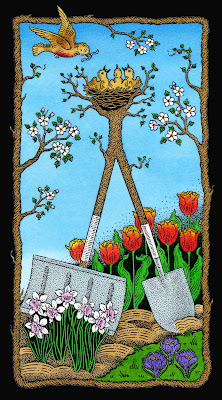 Art by Michael Hostovich
Posted by Rambling River at 9:01 PM No comments:

Norma Desmond: [to newsreel camera] And I promise you I'll never desert you again because after 'Salome' we'll make another picture and another picture. You see, this is my life! It always will be! Nothing else! Just us, the cameras, and those wonderful people out there in the dark!... All right, Mr. DeMille, I'm ready for my close-up.

Kinda like Blogs ..."those wonderful people out there in the dark"
Posted by Rambling River at 1:22 PM No comments:

The Family Jewels ~ My Grandfather 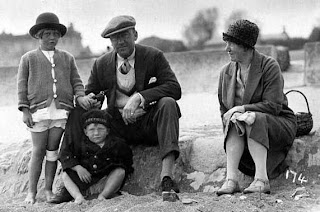