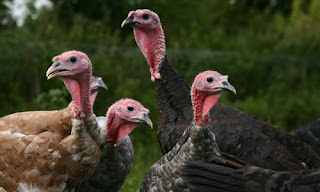 Happy Thanksgiving !!!
Posted by Rambling River at 5:42 AM No comments: 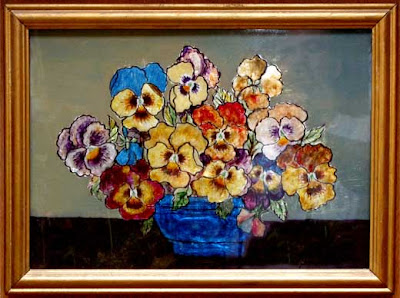 Posted by Rambling River at 5:40 AM No comments: 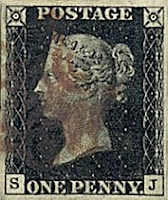 "Introduced on May 6, 1840, the Penny Black was not only the world’s first postage stamp, it was also the first major step in mass communication. Mail service became affordable to every British citizen for the first time. From that day forward, any Englishman from any walk of life could correspond with any other person anywhere in England.

So revolutionary was the postage stamp it instantly became popular with collectors. In fact, Dr. John Edward Gray of the British Museum purchased a block of Penny Blacks the very first day they went on sale. Dr. Gray planned to preserve them – making him the world’s first stamp collector.

Carefully crafted, this classic stamp has withstood the test of time. Its finely engraved portrait of the young Queen Victoria is a work of art. In fact, the Queen was so pleased with this portrait of herself at age 18 that it was used exclusively throughout her 60-year reign! Now, 168 years later, the Penny Black is still a much sought-after collectible. And as collectors continue to lock them away in permanent collections, the Penny Black grows scarcer every day."